Men and Incense, Scent of a Protest 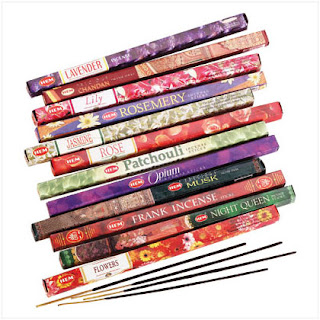 Men don't like incense. I bet you didn't know that. Actually, this is not necessarily true. There are men that do like incense. But as a rule, it seems men, or maybe it’s husbands, who don’t cotton to incense. It's like an irrational political stance – men don’t vote for incense as a matter of - how they've always voted: Democrat vs. Republican, Incense vs. No Incense (and no fountains, chimes, cats, or tofu). Frankly, I don’t even know why this is. It’s not about being um, not macho enough - that’s pretty old school- but show me a guy, a married guy, that likes incense, (not just permits it but likes it) and I will smoke a scone.

How do I know this? I was married for 22 years and although I didn't use incense in my married days, when I became unmarried I went hog wild on incense. Not patchouli and sandalwood which is lovely actually, but strawberry, coconut, cinnamon, apple blossom. Gorgeous, soothing scents. Sometimes I burn sage or lavender which is the obvious Go-To Incense but I find it a tad lemony, almost acidic so I tend to favor the fruit and vanilla incense options. Nothing you can equate with anything too cultural or off putting. Sort of like the spice route of the traders centuries ago, which makes sense - I'm a baker. But all in all, I gravitate to wonderful, harmonious, comforting scents no one could protest.

But at one point, I got so het about about incense I began giving it as gifts to all my women friends. I wanted to share my new world (singlehood and exotic new freedoms). My gal pals seemed happy at first and then? When I would replenish their incense, presuming in a few months’ time, they were out of incense, they seemed a little less then enthusiastic. Finally, one by one, each admitted their spouses ‘didn’t like incense’. Each one. Each different Tom, Dick and Harry. How. Is that even possible? I think it is because they just have this Husband Code that says a) men don’t do incense and b) even if they did, the fact that it is a foreign substance coming into their homes, courtesy of their wives’ friend makes them balk. It’s a guy thing. And how do I know this? Because I have two brothers, three sons, trained for years with umpteen French pastry chefs who were all men and dance with men at tango. I’ve known a lot of guys. I know that ‘scent’ falls into new age, gender bender stuff. I know- how silly: this is 2009. But we are dealing with boomer men who if they did incense was in 1970, listening to Suite Judy Blue Eyes and Eli's Coming.

Truth is, I count myself lucky that even though I have sons – three in fact who still live with me, I introduced them to incense early. They didn’t know to protest it. Being young, and accepting, and pro-mom (at that time), they were good natured about it.
Until recently.

One son, my middle son (the affable one) said: ‘We all have quirks. You have your candles and incense, for instance, which I can’t stand but I tolerate for your sake’.

Oh my.
All. This. Time. All this time he felt that way and never said. And I went around thinking, lucky me – my sons like incense, ergo there’s hope. It’s a whole new generation of men. I raised them right. See? There are masculine men who are cool about incense.

But apparently, they don’t. Not even said affable son. Who it turns out, was just being polite.

Now, anyone will tell you I anticipate remarrying one day. I know there will be compromises. I will have to share the Special K with Strawberries and not pick out all the dried strawberries just for me and I imagine there will be other adjustments. I was married once. I remember how it goes. There are deal breakers and there are shrugs and sighs. And despite how the marriage ended (i.e. it ended) I was reasonably good at it. But would the new marriage have me give up my incense? I try and conceive of a world with this (unmet) amazing guy who adores me but a place without a scent playlist of wafting green apple chamomile incense greeting me when day is done. Apricot incense when I watch Sense and Sensibility; vanilla incense when I really prefer to devour 10 Twix bars, and New Mown Hay incense when it's February and I am pining for Spring. However will I live without it? I suppose I could look for oak moss and pine incense - manly stuff, reminiscent of Irish Spring, Old Spice, and old footballs. I suppose I could burn it in the garage.

But what is it with men and incense? It's as innate as dogs chasing cats. I am convinced they dislike incense simply by rote, as a matter of some strange principal that no one remembers the rational reason for anymore. How I wish it weren't so for I love incense and I love men. Maybe when my sons have sons,those guys will get it. At least until they get to puberty and become men.....and then it's only a matter of time until one of them shrieks, "Something stinks! It's grandma's incense!' 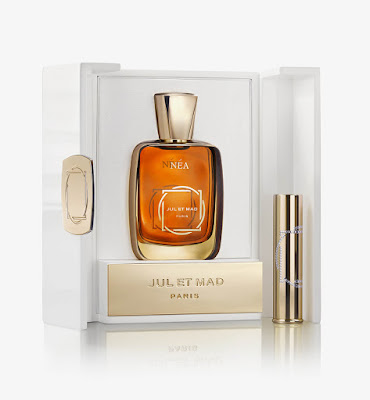